As a proper German, I of course grew up with fairy tales, and I have to say I’m quite taken with all the ‘new’ incarnations they’re appearing in these days.

A few years back now, I was blown away by Neil Gaiman’s Snow Glass Apples (which appears in Smoke and Mirrors). I totally love the Fables series, and, most recently, I’ve started watching Once Upon A Time, which is also quite fun, although I get the impression that whoever came up with this has never seen a spinning wheel (or a bean plant, for that matter) in real life. 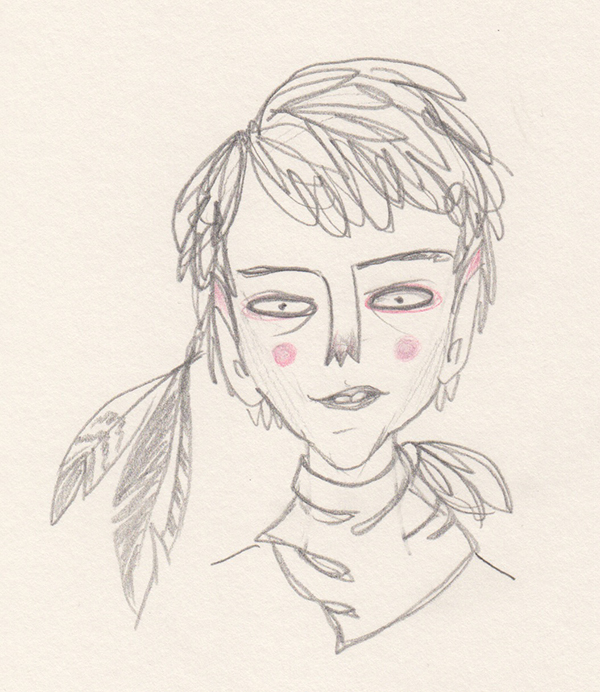 Of course I like to pretend that I’m better than other people because I don’t have a TV, but well. Netflix. So as to not completely waste away those hours of my life, I’ve taken to doodling whilst watching crap, at least. (This has in the past led to a teeny tiny portrait of Spike on a note pad which I was quite pleased with, but which is now too smudged to scan, so I try to make sure I keep my actual sketch book nearby these days.) 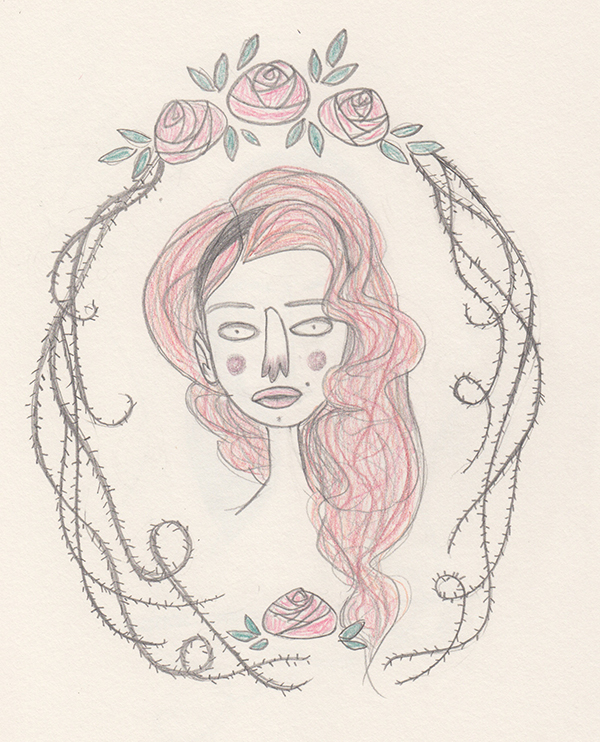 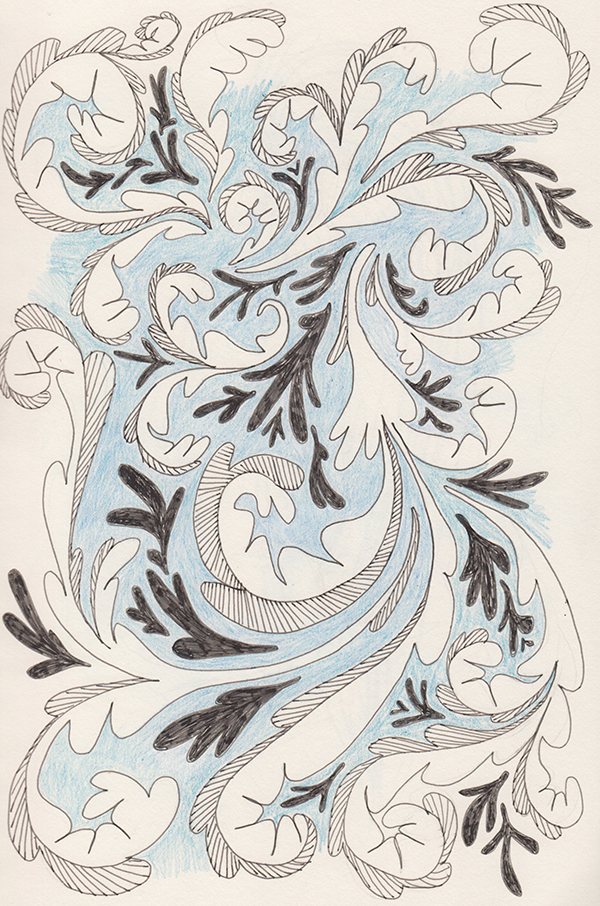 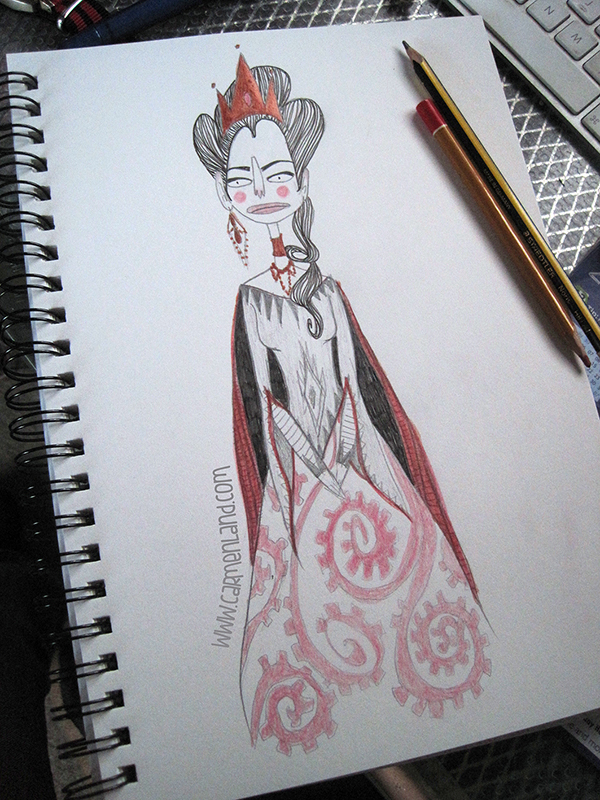 Fun Fact: That red pencil, incidentally, is a funny shade of red, is pretty old and  – *I think* – is supposed to be one of those that don’t show up in photocopies (or whatever happened before photocopying was a thing). But I’m not sure. It was made by Hardtmuth Koh-I-Noor (now Koh-I-Noor Hardtmuth), the first company to patent a pencil lead (in 1802. This particular pencil is a wee bit younger than that.) That is all.

Hello! I am an illustrator and maker of things based in Edinburgh, Scotland.