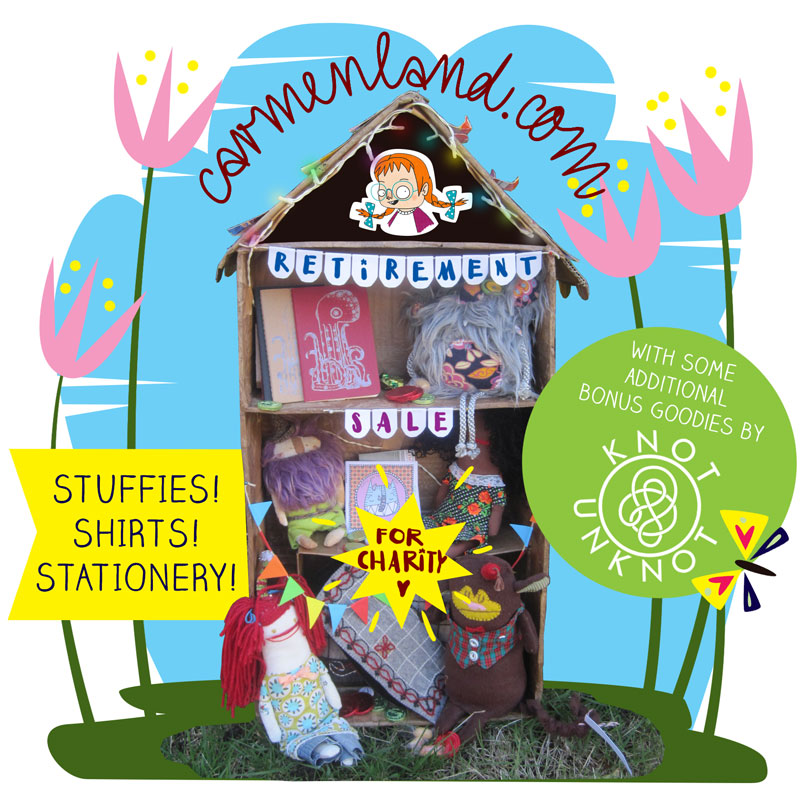 You may or may not know that a couple of years ago I gave up selling stuff at craft markets, mostly because I just didn’t have the time to commit to it fully. This year I have been engaging in a major clearout of crap, which brought a suprising amount of stock to the surface. I was already thinking of selling this off with the proceeds going to charity, and since the world has now gone completely bonkers, this intention has been confirmed.

BUT. That’s not all. I do need the space in my house for future adventures, so in an effort to shift all of it and raise maximum funds for Social Bite, I have made up super amazing SURPRISE parcels for you, good people. At the time of writing, these have already been packaged and sealed, so even I don’t know anymore what exactly you’ll be getting. I promise it’ll be good, though!

Each package contains an exciting selection of goodies, including small stuff like postcards, stickers and buttons, as well as one bigger thing, which could be a t-shirt, or a stuffie of some sort. As an extra bonus, my good friend Madeleine of Knot Unknot has also contributed some superfine content.

It appears we all need cheering up right now, and charities could use our support. So why not combine the two? Surprise yourself, or a friend! Head on over to my Folksy shop and grab your own special surprise pack for the low, low price of £10* a pop!

*This is a super low clearance price which in no way reflects the value of the contents. 100% of the proceeds of the sale will be donated to Social Bite (SC045232), I’m only charging a bit extra to cover postage.

Hello! I am an illustrator and maker of things based in Edinburgh, Scotland.